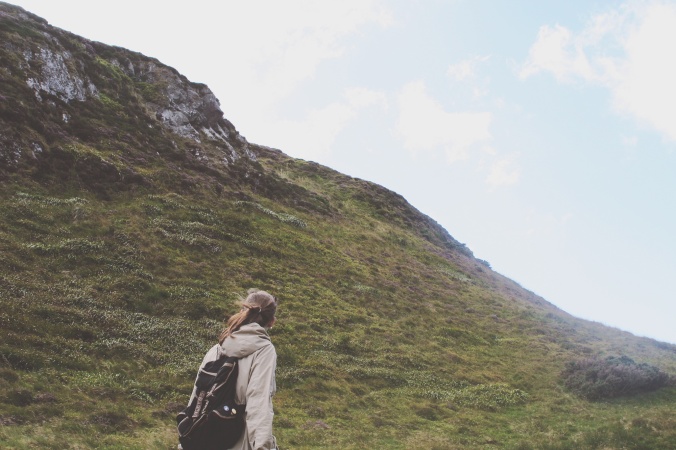 In high school and college, I saw a number of people set boundaries on their lives for the sake of holiness and purity. Friends of mine would declare a “Facebook fast” and would deactivate their accounts for months at a time, citing their need to strengthen a relationship with God as the motivation to abstain. Other friends would declare a year of singleness, determining not to date for twelve months in order to refocus on the Lord. Others set boundaries on existing relationships (“we will not be alone in a bedroom together”; “we will not hang out past 11:00 pm unless others are present”; “we will not kiss until marriage”). At the outset, hopes were high for the excited individuals, each one intent on drawing nearer to God. But not every promise produced the desired result, and not every pledge proved effective.

I noticed that some who had embraced seasons of singleness did technically succeed in remaining single, though they seemed to flirt just as often as before. Others who sought to avoid digital distractions found themselves in roughly the same place spiritually even after times of abstinence. Couples who set boundaries still ended up slipping. But why? Why did the plans fail? Why didn’t the sacrifice produce fruit?

I think David got to the heart of the issue after his sin with Bathsheba. David repented of his adultery and murder, crying out to God in confession and humility. He owned everything he had done, and he recognized his need for redemption and forgiveness. But he made a profound statement when he prayed,

Deliver me from bloodguiltiness, O God, O God of my salvation, and my tongue will sing aloud of your righteousness. O Lord, open my lips, and my mouth will declare your praise. For you will not delight in sacrifice, or I would give it; you will not be pleased with a burnt offering. The sacrifices of God are a broken spirit; a broken and contrite heart, O God, you will not despise.
Psalm 51:14-17

David turned to God for cleansing, but he recognized that cleansing was wholly a gift of God. Redemption is not a formula of man’s works. The gospel message is that Christ has died and risen again so that we might have life. His victory over sin is ours by grace through faith, not a result of works (Ephesians 2). Justification, sanctification, and glorification are gifts of God, not achievements of men.

Now think back to the promises and pledges we often make. Such commitments and sacrifices are not necessarily bad things. In fact, I would argue that many of the commitments and sacrifices we make for the kingdom are helpful and good. But they are not enough by themselves to produce holiness. Only God can do that. That’s why David came to God with “a broken and contrite heart,” not with sacrifices or burnt offerings. David knew that his only hope was God’s grace and mercy. And the good news is that “The LORD is gracious and merciful, slow to anger and abounding in steadfast love” (Psalm 145:8). We need not fear coming to him. As John wrote,

If we confess our sins, he is faithful and just to forgive us our sins and to cleanse us from all unrighteousness.
1 John 1:9

This does not mean that promises and pledges are useless, nor does it mean that we ought not work (think of Philippians 2:12-13). But before we start a new system, make a new pledge, or form a new habit, let’s remember that only God can cleanse and sanctify us. Let’s pray for him to grow us and then pursue sanctification in faith that he will work in us as we work in him. Let us trust his Word and spend time with him in it. And in all things, may he get the glory.