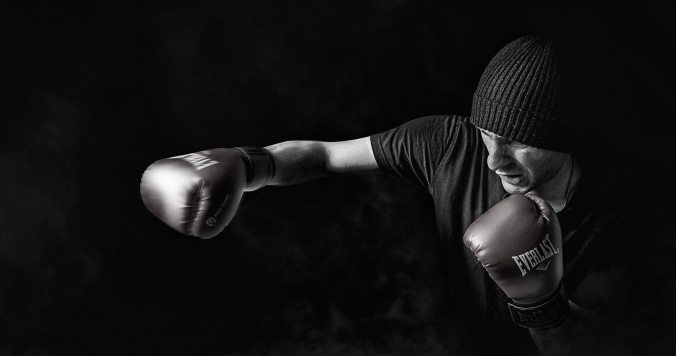 Wrestlemania was last night. For hours, men and women fought for championship titles, for belts, and for bragging rights. For the most part, these fights are harmless fun. We enjoy picking our favorite fighters and cheering them on against their opponents, and we enjoy the thrill of victory when our champion emerges victorious. The same principle can be seen on the football field and the basketball court, on the movie screen or on television. Almost all of us feel the surge of excitement from competition. Most of us would agree that these battles, however, are relatively meaningless in light of eternity.

Some battles, however, hold more weight. In Ephesians, Paul argues that “we do not wrestle against flesh and blood, but against the rulers, against the authorities, against the cosmic powers over this present darkness, against the spiritual forces of evil in the heavenly places” (Ephesians 6:12). Peter states that “your adversary the devil prowls around like a roaring lion, seeking someone to devour” (1 Peter 5:8). Biblically, Christians are engaged in a very real battle against a very real enemy. We aren’t the only ones in pursuit of souls.

Because of the reality of this spiritual war, and because of the assurance of victory in Christ, we might expect Christians to be always advancing against the enemy. After all, Jesus himself said that the gates of Hades won’t prevail against the people of God (Matthew 16:18), assuring his followers later that he has “overcome the world” (John 16:33). Nothing can stop the advance of the light into the darkness. And yet, believers are often found vigorously fighting each other, attacking those within the body with a shocking ferocity.

To be fair, some in-house discussions demand our time. In the early days of the church, councils met to respond to heresies concerning the person and work of Christ, for they recognized that misunderstandings concerning primary issues could keep people from salvation. With people’s souls on the line, we can’t afford to be lazy with our interpretation of the biblical text. We must hold truth in high regard. Truly, though, not every issue that arises within the church is primary. Many divisive discussions deal not with matters of top priority but with questions of secondary importance. Paul addressed both types of issues, fighting for truth when primary issues were concerned (see 1 Corinthians 15) while allowing for peaceful diversity of convictions within the body when secondary matters were in question (see Romans 14-15). So how do we tell the difference between primary and secondary issues, between matters for which we ought to fight and matters upon which we may peacefully disagree?

Primary issues deal with matters that are central to orthodox Christian theology. If you altered these points in the belief system, you wouldn’t simply have a slight variation within the same belief system; you’d have an entirely different belief system. Examples of such matters are the divinity and humanity of Jesus Christ, the sufficiency of Christ’s saving work on the cross, salvation being received by grace through faith and not by works, the trinity, and other such subjects. These are the things often found in the creeds and confessions of faith throughout time, the matters discussed and defended when challenges and heresies arise.

Secondary issues deal with matters that aren’t central, matters that can be understood multiple ways with no significant affect on the core of belief. As we study the Word of God and grow in faith, we often have questions that Scripture does not specifically answer. While the Bible is sufficient to convey the truths God wants us to know, Scripture does not exhaustively answer every question we may imagine. Examples of such questions would include man’s understanding of eschatology (the end times), the age of the earth, the relationship between divine sovereignty and human responsibility, proper days of worship, proper dietary habits, and topics like these. Many of these questions can be understood a number of different ways while still fitting into an orthodox theology. In some cases, Scripture simply isn’t as clear as we would like it to be, so we speculate based on what we do know from Scripture. In these instances, we ought not hold to positions dogmatically but should be humble and teachable, trusting the Spirit to lead us. And we must live peaceably with our brothers, even if we disagree with them, knowing that we all are members of the same body, united in Christ for the same kingdom and purpose.

Trouble arises when we begin to raise secondary matters to primary positions, insisting on strict adherence to matters of conviction and personal interpretation rather than recognizing these questions to be outside the realm of clearly defined truth. We must understand that some level of disagreement can healthily exist within the body of Christ, that not all believers will look and think just like we do. I once heard Ravi Zacharias say that unity does not mean uniformity. When we begin to fight for total uniformity, we often forfeit unity and forsake fellowship, and the effects of such behavior hurt both the health of the church as well as its witness to the lost world. If we would be serious about the great commission, we must learn which battles to fight and which to let go. If we would follow Jesus, we must walk in humility and grace with our brothers and sisters. If we would seek the kingdom, we must recognize the true battle before us.

Many learned believers have written books defining primary issues and secondary issues. Theology books can quickly show the finer points of the primary doctrines as well as the various perspectives on secondary matters. Reading them can prove helpful as we seek to develop a healthy, biblically-faithful theology. But ultimately we must walk by the Spirit, avoiding the jealousy and the divisive nature of the flesh, and strive instead to live by peace, humility, selflessness, and truth. And let us remember the words of Jesus who said, “by this all people will know that you are my disciples, if you have love for one another” (John 13:35). Let love rule as we live and work together for the glory of God.

The suggestion for today’s post came from Will Watson. The title came from Jeff Brunner.

2 thoughts on “Secondary Theology or Primary Enemy: Are We Fighting the War that Really Matters?”