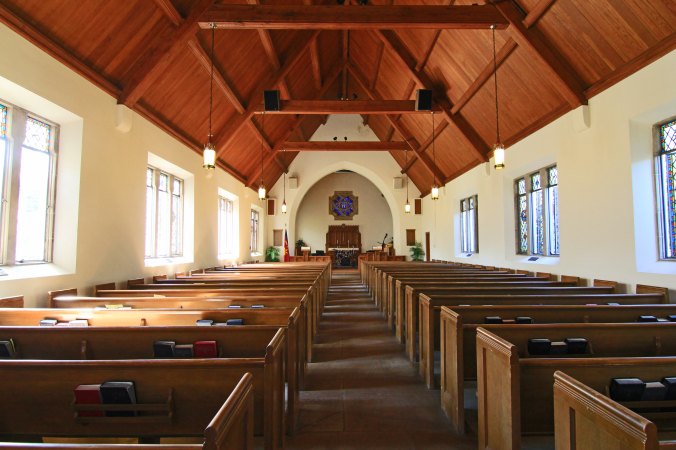 Matthew tells us the rich young man “went away sorrowful, for he had great possessions” (Matthew 19:22). When told to sell what he had and to give to the poor, he walked away, leaving the opportunity of eternity for his earthly kingdom. Perfection, it seems, cost too much.

Jesus used the event to teach his followers about the difficulty the rich face on their way to the kingdom of God, showing them the impossibility of anyone entering the kingdom apart from God’s grace. He also made a paradoxical statement: “But many who are first will be last, and the last first” (Matthew 19:30). The gist of the statement here lies in its context. Though some may appear to be first according to human estimation, they may well be missing out on life itself. Meanwhile, those who appear last by human standards may have eternal life. Appearances can deceive. What lasts can’t be seen or held. Though one may be rich in worldly goods, in the end, it doesn’t really matter (Matthew 6:19-24; Matthew 16:26).

Christians do not live for this world. We seek another kingdom, set our eyes on things above, and look past what is present toward what is to come. The difference in treasure between the believer and the unbeliever is clear here. This truth is important, for it reminds us that life does not depend on our earthly state of affairs. We, like Paul, can endure both poverty and wealth because our hope is in Christ and not in possessions (Philippians 4:10-13). And while we can understand this clearly when comparing the lost and the saved, Jesus takes the lesson a step further.

While Mark and Luke transition from the story of the rich young man to Jesus’s third foretelling of his approaching death, Matthew includes an additional scene. In Matthew 20:1-16, Jesus compares the kingdom to a number of vineyard workers who each received the same wages despite working different amounts of time. Those who began work early in the morning were given the same as those who started work near the end of the day. Jesus concludes the parable with familiar words: “So the last will be first, and the first last” (Matthew 20:16). Though slightly adjusted, the words appear to parallel those uttered in Matthew 19:30. Here, however, Jesus isn’t distinguishing between believers and unbelievers, for all in the story serve the same master. Here, Jesus is highlighting the generosity of the master.

I tend to forget lessons quickly. I can read the story of the rich young man and recognize that Christians don’t measure themselves by the world’s standards. Our treasure lies not in earthly prosperity but in Christ. I catch myself forgetting that lesson when my focus shifts to the kingdom of God. There, I’m tempted to find my value in my service or understanding or time devoted to the Lord. I’m tempted to begrudge others who seem to find success in ministry more quickly than I. Jesus’s words in Matthew 20, however, remind me that all Christians, no matter the amount of their accomplishments or their years of experience, receive the same salvation from our gracious God. We do not earn his love; he freely gives it. Salvation comes by grace through faith; works flow forth as a result (Ephesians 2:8-10).

The first will be last, and the last will be first. Jesus’s repetition reminds us not to place our hope in earthly riches or spiritual service but in the grace of God. He shows us a glimpse of a kingdom unlike any other, where what matters is not what you have or what you do but whom you serve. So let us be humble, teachable, and faithful wherever God places us. Let us see Christ as more satisfying than our riches and more steadfast than our service. And let us set our hope firmly on the Lord of love and grace.

Photo by Debby Hudson on Unsplash