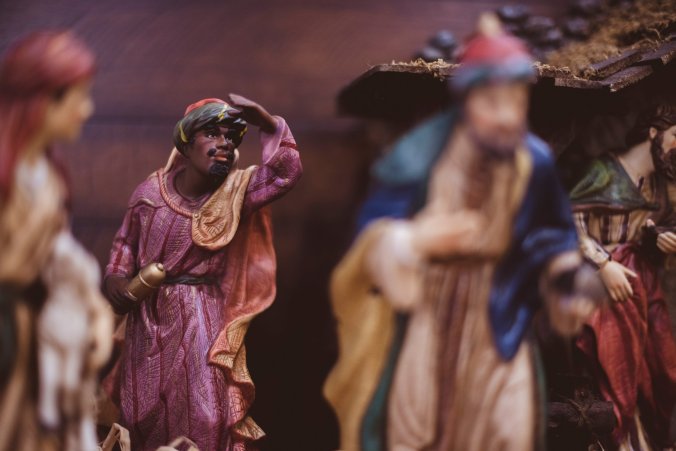 In the book of Daniel, we read of a handful of God-fearing men who were taken from their homeland and were brought to Babylon to be trained for service to the king. Because of their devotion to the Lord, these men stood out from their peers in wisdom and understanding (Daniel 1:17-21), earning them high places before the king. The stories of how God used these men are extraordinary, so it’s no surprise that many of us learned these stories in Sunday School classes and Vacation Bible Schools growing up. Yet these stories are not just for children.

I was reading through the story of Nebuchadnezzar’s dream the other day, and something stood out. There, in Daniel 2, Nebuchadnezzar had a dream that troubled him greatly. He desired to know the meaning of the dream, so he called for “the magicians, the enchanters, the sorcerers, and the Chaldeans” to come and interpret for him. But he wanted to be sure he was getting the correct interpretation, so he called for the men to first tell him the contents of his dream before interpreting it. In his mind, he could trust the interpretation only if the interpreter was able to recount the facts first, apart from the king’s explanation. If they couldn’t tell the king his own dream, they were worthless to him and would therefore be killed (Daniel 2:1-9). Not surprisingly, the crew charged with this task was distraught. Scripture says,

The Chaldeans answered the king and said, “There is not a man on earth who can meet the king’s demand, for no great and powerful king has asked such a thing of any magician or enchanter or Chaldean. The thing that the king asks is difficult, and no one can show it to the king except the gods, whose dwelling is not with flesh.”
Daniel 2:10-11

Their response was simple. They recognized their inability to do what the king had asked of them, and they pointed out that only “the gods” could hope to fulfill such a request. Yet, sadly, the gods could not help, for their “dwelling is not with flesh.” Apart from supernatural help, the men could not hope to answer the king rightly.

Daniel heard of the challenge, boldly accepted it in faith, and, by God’s grace, answered the king with both the dream’s contents and its interpretation. In fact, throughout the stories in this short book, God proves himself in power and in truth as Lord above the gods and kings of men. If you get some time, read through the stories recorded here. God’s glory shines bright in these pages.

I was struck by the Chaldean’s comment in verse eleven, though. They recognized that the gods did not dwell with men, and the realization left them hopeless. They saw their need and knew it couldn’t be met by their gods. This admission seemed profound in light of Christmas, for, at Christmas, we celebrate the fact that God is not far off.

Why is the incarnation such a big deal? Why, in other words, does it matter that God became flesh and dwelt among us (John 1:14)? I think, in part, the beauty of the incarnation lies in the truth that God has not left us alone, hopeless and forgotten. Rather, he came and faced the horrors of sin, the pain of a broken world, and the darkness of man’s rebellion. He lived and walked among us. He sympathized with us, becoming the perfect high priest through his suffering (multiple passages from Hebrews come to mind here). We once were hopeless, unable to fulfill the law, separated from God by our sin (Romans 3:9-20). But we find salvation and redemption through Christ (Romans 3:21-26). God has not forsaken us. God has not abandoned us. God, in Christ, has saved us. This is cause for hope, joy, and worship. As we close out this year, let us spend some time reflecting on the glory of God in the incarnation of Christ. And let his coming stir us to hope and to love, for our God is with us. He is with us! And nothing can separate us from him.