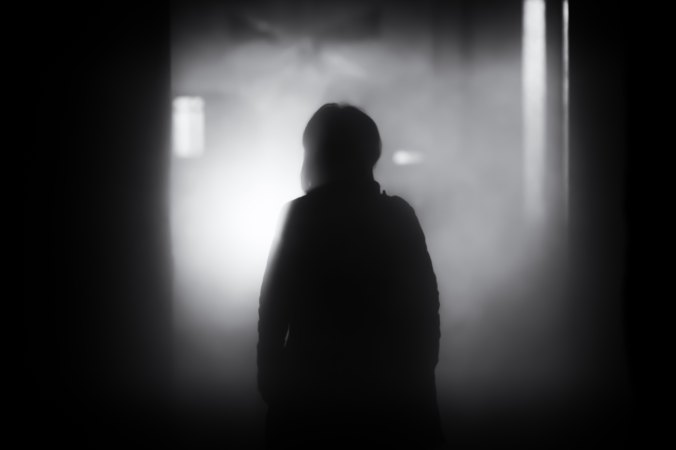 How should the people of the light respond to threats from the great darkness in this world?

I really enjoy listening to “Lore,” a podcast by Aaron Mahnke. In this podcast, Mahnke tells creepy stories from history, tracing superstition and worldview through localized contexts to show how people, in the right circumstances, can commit horrible acts and can come to terrible conclusions. As he tells the stories, Mahnke does a fantastic job of showing how these are stories of real people, often more like us than unlike us. The grave robbers, the mutilators, the twisted minds behind unspeakable acts – all are human, and they’re often driven by fear. Times and contexts may be different, but, as is often seen, madness is not far from any of us. Fear can drive men and women to become monsters.

According to Romans 3, all of us apart from Christ are already monsters. Our sin corrupts us, producing a distortion of what we were created to be. Hands formed to heal now hurt, tongues formed to bless now curse, and feet formed for peace now run to shed blood. We fail to fear the Lord, and, in that act, begin to fear everything else. The beauty of the Gospel is that God has not left us in this state, however much we deserve eternal consequences. In Christ, we can be saved, redeemed, justified in the sight of God. We who were unrighteousness, indulging in all manner of things condemned by God, “were washed, . . . were sanctified, . . . were justified in the name of the Lord Jesus Christ and by the Spirit of our God” (1 Corinthians 6:11). God casts out fear with his love, such that we fear nothing but him as we walk in joy and peace. As John wrote, “The light shines in the darkness, and the darkness has not overcome it” (John 1:5). In him, we turn from darkness to light.

Even so, God’s people are not immune from the temptation to fear the darkness of this world. Yesterday morning in Sunday school, we studied the story of the twelve spies’ report of the promised land from Numbers 13-14. God had just led his people out of Egyptian slavery and into freedom, bringing them to the edge of the inheritance he’d promised to their fathers. They’d seen God show his power over their captors, and they’d watched God fight for them until they were safe from the threat of Egyptian bondage. Now, God was preparing them to receive their own land, a land promised them from long ago. Before they entered their new land, however, Israel sent twelve men to spy out the land and to bring a report back to the people. The report from Joshua and Caleb, two of the twelve, confirmed God’s description of the land and encouraged the people to move forward in faith. They saw obstacles, but they knew their God was infinitely greater. The other ten spies told a different story. They let the fear of enemies captivate them, allowing the minor obstacle to eclipse the glory and power of the God who was with them. Although Moses, Aaron, Joshua, and Caleb pled with the people to trust in God and not to fear the enemies, the people turned away from truth for fear. They rejected the Lord’s call and were disciplined by him for it. The Lord decreed that none who so rebelled would enter the promised land. Only those who remained faithful lived to see the promise fulfilled.

I think what happened to Israel is the same thing that often happens to us. Instead of focusing on the greatness of God, we focus on immediate threats. We fixate on the possibility of danger, not on the certainty of victory. Just as the little moon can eclipse the massive sun by its nearness to us, so the present difficulties eclipse the glory of God in our eyes.

I battle the same things often. I allow doubts and threats to intimidate me, often causing me to fear and to flee rather than to stand and to fight. I know God, but I don’t always live like I know God. I’ve seen God move in and through me, but I often forget those times in moments of fear. Let us learn from the example of Caleb and Joshua, however. These men saw the same things as the other spies, and they experienced the same deliverance as the other Israelites. They chose to fix their eyes on God rather than on their circumstances, however, and their faith grew accordingly. They walked by faith and not by sight, trusting in the Lord with all their hearts and leaning not on their own understanding (2 Corinthians 5:7 and Proverbs 3:5). If you read the rest of the story, you’ll see that these men eventually entered the promised land victoriously, not by their own might, but by the might of their God.

As you encounter circumstances that threaten your faith, dangers that cause you to doubt or to fear, remember these men. Remember the reality of who your God is and of who you are in him. Remember that if God is for us, none can stand against us, that the light shines in the darkness and is not overcome (Romans 8:31 and John 1:5). Walk in the strength of the Lord, singing with those who have gone before us a hymn of victory.

And tho’ this world, with devils filled,
Should threaten to undo us,
We will not fear, for God hath willed
His truth to triumph through us.
The prince of darkness grim –
We tremble not for him;
His rage we can endure,
For lo! His doom is sure;
One little word shall fell him.

“A Mighty Fortress is our God,” Martin Luther

Photo by Aaron Mello on Unsplash